The Latest Episode of ARRL Audio News is Now Available

Listen to the new episode of ARRL Audio News on your iOS or Android podcast app, or online at http://www.blubrry.com/arrlaudionews/. Audio News is also retransmitted on a number of FM repeaters. Click here and then scroll down to see the list.

We'd like to welcome all our members, guests and visitors to the Wolverine Single Sideband Net website!  Enjoy the content and information, and by all means don't hesitate to fill out the "Contact Us" form if you have an idea or suggestion you'd like to see here.

We are a completely non-profit organization, feel free to make a donation of any amount via paypal below.

A very special "Thank You!" to all of you
who have made donations to support your
Wolverine Single Sideband Net! 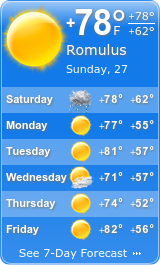 This stream is from Bruce Horn

The Wolverine pre-net generally begins anywhere from 30 to 60 minutes prior to the official start of the net.

Pre-net chatter: The pre-net time on 3935 is rich grounds for quips and one liners. Like a minor league of vaudeville acts, if a straight man is required, many are waiting in the wings to fulfill this role. Timing is critical and the window of opportunity is sometimes small. VOX helps in this respect. On rare occasion the straight man is unaware that he is even on stage until the punch line is dropped. Don - W8WOJ was looking through a newspaper flyer at some lumber prices, and asked in innocence "What's an economy stud"? Without hesitation came a reply from the peanut gallery "K8GOU". You always get an answer to your question on this frequency.

In several European countries, when men who respect each other meet, they hug and kiss. I'm thankful the kiss at least is fake and their lips miss the cheek by some distance. I would be quite uncomfortable in France. Here, men that are old friends often do the right thing and shake hands while throwing verbal barbs at each other. Though not always necessary, a thick skin sometimes can be an asset if you spend much time on 3935. There is often delight from the peanut gallery when a thrown barb or quip is gleefully returned to the sender point first. I am quite sure the Europeans would be appalled by this twisted show of high regard for each other. Of late, the peanut gallery awards points for wisecracks much like Olympic Judges. This is a better way to keep score than body counts.

Luckily, there are also many in the net that do not care for this kind of tom-foolery, and they lend some balance and dignity to the net. For them, I am thankful. Current events, the weather, personal triumphs and life's daily pleasures all give harmony to the frequency. Like the smiling fortune teller, there's a happy medium.

The ARRL conventions, Regional and National, were often held at various places in Michigan such as Grand Rapids, Muskegon, and Saginaw. New Equipment on display by vendors and manufacturers drew large crowds. In the past at these events, the net met to elect the officers for the year. In the evening some members went to the various watering holes around town. One spot with old time "atmosphere" that is remembered was the Backroom Saloon in Grand Rapids. There, the floor was covered with peanut shells that gave a unique charm to the place.

The summer picnics were held at assorted places over the years, and the diverse table fair was interesting. Van recalls nice spots at Ludington, Lansing and Blanchard. I recall that some picnics were combined Wolverine and Buzzard Roost such as the fun one at Midland County fairgrounds. Bob - K8LJS starred with the five string banjo and Dot and Sel Urband sang. Others joined in and if nothing else, we made a joyful noise.

(NOTE: Danny - K8GBC fails to point out that he has captured the net picnic site in his hometown of Owosso for the past number of years, a fact attributable to his age and failing memory. Bud - K8CPW).

Eyeball meetings for the first time can be an enlightenment. Even if you are well acquainted with this faceless voice, the mental picture we sometimes paint of someone often needs a lot of air brushing when we finally meet in person. So take some free advice from a slow learner.

When a group from the Wolverine introduces someone you have never met, don't just look at some nametag or call letter hat. Ask to see their driver's license and passport picture. If fingerprints are available, check them out against FBI records. Be particularly suspicious when introductions are made by Ike - W8GVS, Van - K8GOU, or Larry - WA8QCW. Remember also, that many are easily put up to mischief by others.

Ike - W8GVS recalls the time at an ARRL convention at the Morton Hotel in Grand Rapids when the net met to elect net officers for the year. Ike, in the company of Les - K8JHA, Doc - W8EGR and Phil - K8LQA were about ready to leave the dining area and were sipping coffee after having breakfast. Phil excused himself from the table and went to the restroom. When Phil returned to the table, no one was there but the waitress with all the unpaid checks. It is said that later Phil was reimbursed by the other Wolveriners. But of course, I have no way of verifying this.

Men out number the ladies on the Wolverine Net, but the gals have been steadily gaining ground in amateur radio for many years. Ester - W8ATB was well known and gave distinguished service to the citizens of Flint during the Beecher Road tornado disaster in the late 50s. Ann - W8QOM from West Branch lent her charm on both the BR and Wolverine nets. Many others have well earned the respect of all. Dot - W8FJU sometimes went camping with a tent and amateur radio. I suggest the only reason she took her husband, Sel - W8OKW along was to be kind to Mr. Urband.
Francis - K8KCQ in 1961 lent her time and skills to the Wolverine as net secretary followed by Kelly - WA8PII, and Margaret - KA8MCH. All were fine additions to both the net family and amateur radio.
That 'Wild Zany Female' Mary - WA8WZF had a special passion for handling traffic. During the hostilities in southeast Asia, Mary often found outlets for important traffic sent to loved ones through the Wolverine Net. Mary was often listed in the QST Brass Pounders League for traffic volume. Mary was often so busy running traffic you might miss her keen wit. I was surprised when I met this renown traffic pusher whose smooth clear voice hid her age and wit from me. A few years my senior, she was a delightful lady wearing the sweatshirt that proclaimed "I Hate Housework"!
That 'Ultimate Woman Ham', Judi - N8UWH is now doing outstanding work as a regular net control on the net. Not often enough do we hear from Gerrie - N8GMA or Anna - NT8Y. Other calls remembered are Myriam- K8ILN and Betty House - K8VCB.
Last but not least, we should acknowledge and recognize that many spouses that are not hams, but give their support to mates that are. To all the spouses of both genders that give their support, let me paraphrase the song You Are The Wind Beneath Our Wings".

NOTES:   *No election was held in 1970. W8QBE served as president until March 30th, and then W8VXM finished the year as president.
**WA8VQL replaced KA8MCH as net secretary in October, 1987.
***The office of vice president was discontinued after 1987.

NCS OF THE YEAR

Certificates pop up from time to time; some are pure tongue-in-cheek affairs, and others genuinely sincere. In 1972, Pete- K8PVC put out "Official Certificates" to net control stations as does Joe - K8JRE. I believe these were purchased with net funds and are official documents of the net. Clearly, I found that in some years the needed information on Net Control Certificates was not passed when net officers changed.

When I was net manager in 1974 (not knowing we had certificates for net control stations), we had some fun that year with the "Attaboy Awards". Each month I gave out these certificates to the net control station that had the largest number of check-ins for the period. They were crudely drawn affairs, but somehow became quite coveted. I had "borrowed" the original idea from my union's bulletin board at the fire station.

For your very outstanding performance you are hereby awarded ***ONE ATTABOY*** One thousand 'attaboys' qualifies you to be a leader of men, work overtime with a smile, explain problems to management, and be looked on as a Local Hero (NOTE: One 'Go to Hell' wipes the board clean and you have to start all over again).
James (Doc) Voorhees, W8RL, located in Hillsdale (better known as Billy Goat Bridge) added much to the net for years. Doc delighted in telling the net about his bird watching. He would say "I saw a nice Ruby Lipped Double Breasted Bed Thresher today". On the serious side, this early sideband pioneer had built his own SSB transmitter and was an expert technician. He was always willing to help someone out on the net that had rig problems. Doc was quite opinionated, and you always knew where he stood on an issue. Though many things could anger Doc, the Conditional Class ham license to him, was an atrocity. He despised them!
Doc was an excellent net control, but fate was unkind in the matter of the Attaboy. After several months time, W8RL had never met the requirements for this award. Doc was trying to get under my skin and said if he didn't get an Attaboy next, he was going to quit being a net control. Shortly after this, Les - K8JHA and I met at some swap and got to talking about Doc wanting this award. Less puffed on his pipe a little, got a twinkle in his eye and said "Why don't you send him one, but type across the top CONDITIONAL CLASS".
I did just what the Kingfish said. In a few days Doc sent back the Attaboy and where the conditional class has been typed was a charred hole. It was accompanied by a tongue-in-cheek letter that said I was a poor net manager and could "shove it cinder end first". The net members always gave me the credit for getting Doc, but I was just a pawn. Les Bible - K8JHA was really the knight that had called checkmate on Doc.
Attaboy recipients: Nels - W8FS; Don - WB8EYM; Les - K8JHA; Ernie - K8GXV; Tom - W8QBE; Pete - K8PVC; Van - K8GOU; Doc - W8RL (Conditional Class); Jim - W8UOQ; Ken - WB8DKQ; Stan - W8POZ.

MYSTIC KNIGHTS OF THE SEA: This is a special award that is presented to an individual upon completion for membership criteria that is covered elsewhere in this document.

NET CONTROL OF THE YEAR: This is an award originally conceived in 1997. The first presentation was made at the annual picnic during the summer of 1998 to Van, K8GOU for his outstanding contributions as a net control station and having served as an alternate in the absence of other net control stations throughout the year (see listing below).

The intent of this award is to annually honor a net control station who displays outstanding operating practices and meets criteria established by the selection committee which is composed of at least one net officer and two net members. This committee may make a selection based upon agreed criteria.

Any member who serves as a regular or alternate net control station is eligible for the award.

Additionally, it is hoped this will foster more interest in serving as regular or alternate net controls.

Nominations for the award should be submitted to the net manager not later than December 31st of the year preceding it's presentation.

ATTA-BOY AWARDS: This is a special award presented to stations who meet certain criteria which is outlined elsewhere in this document.